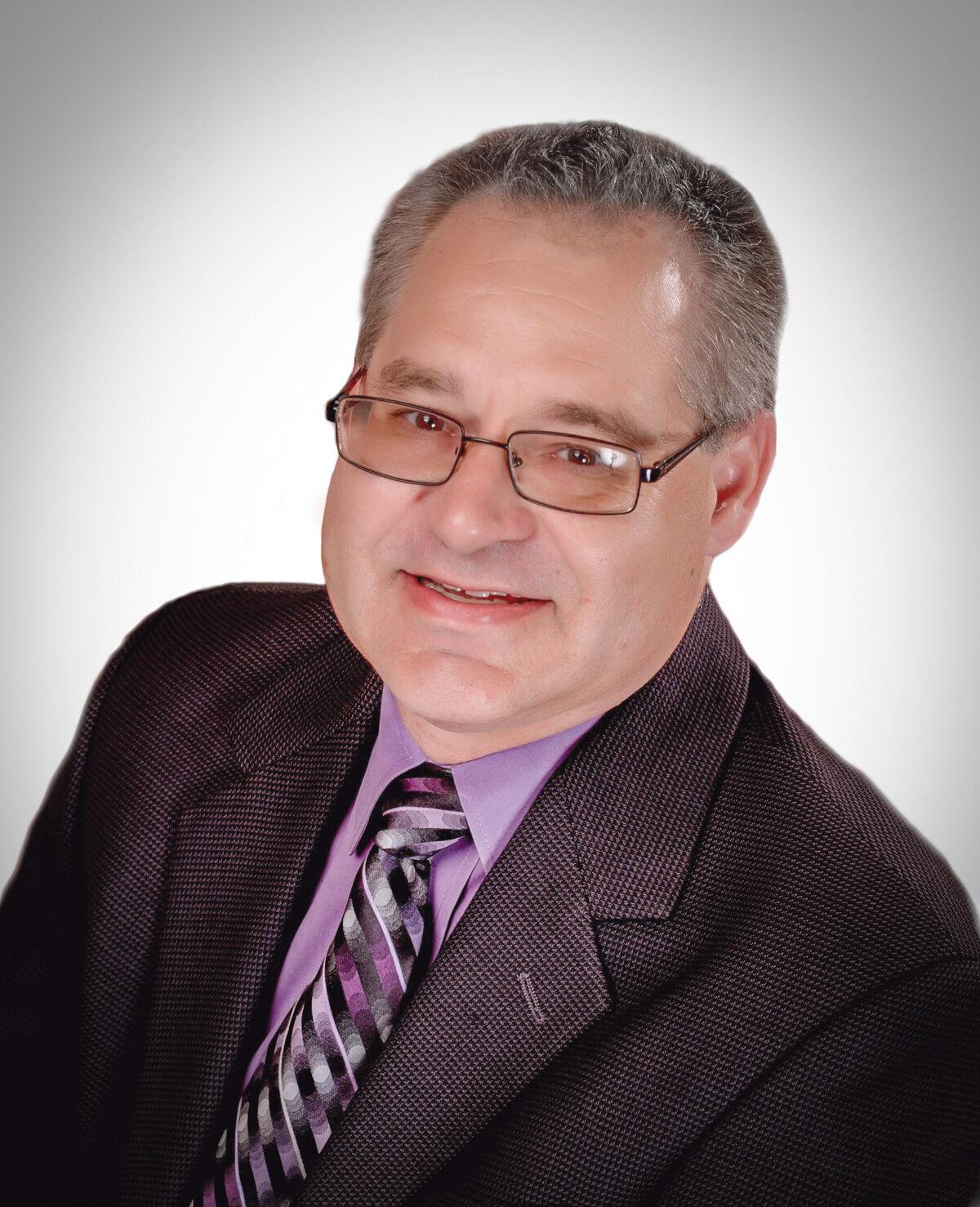 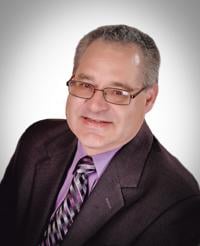 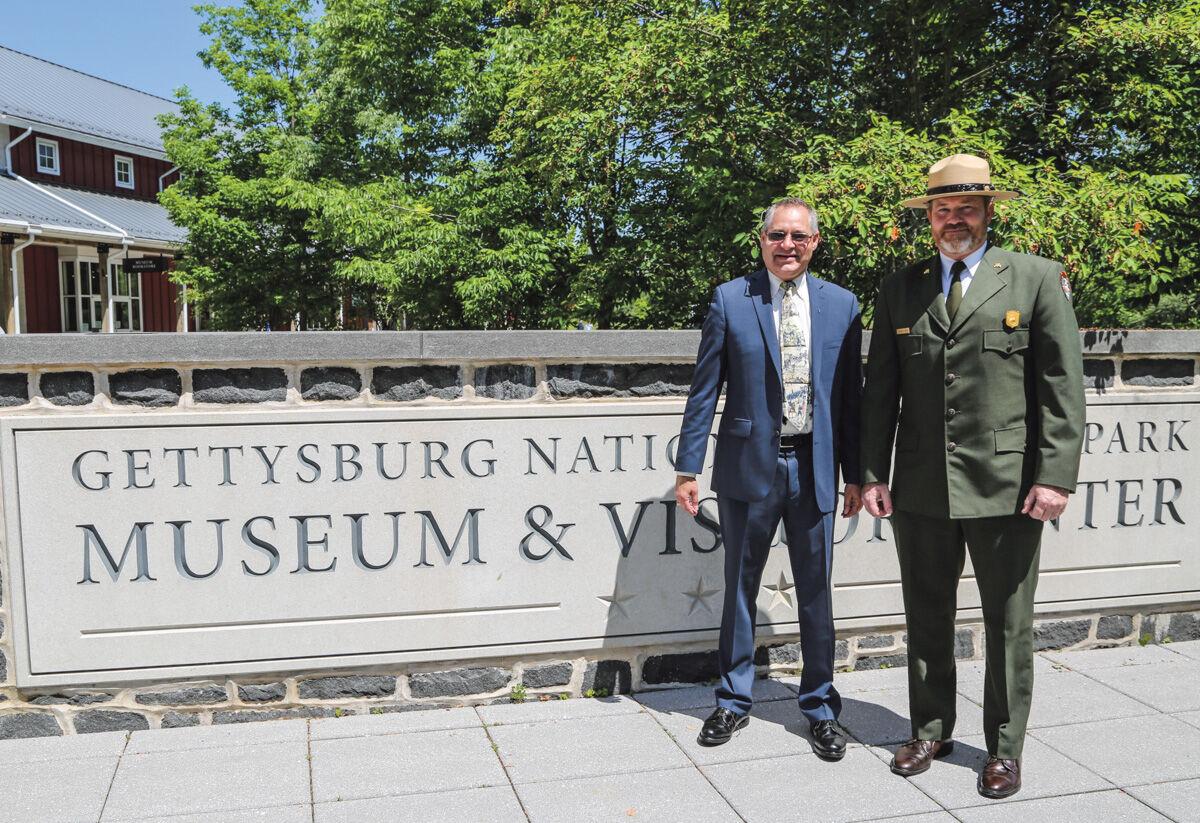 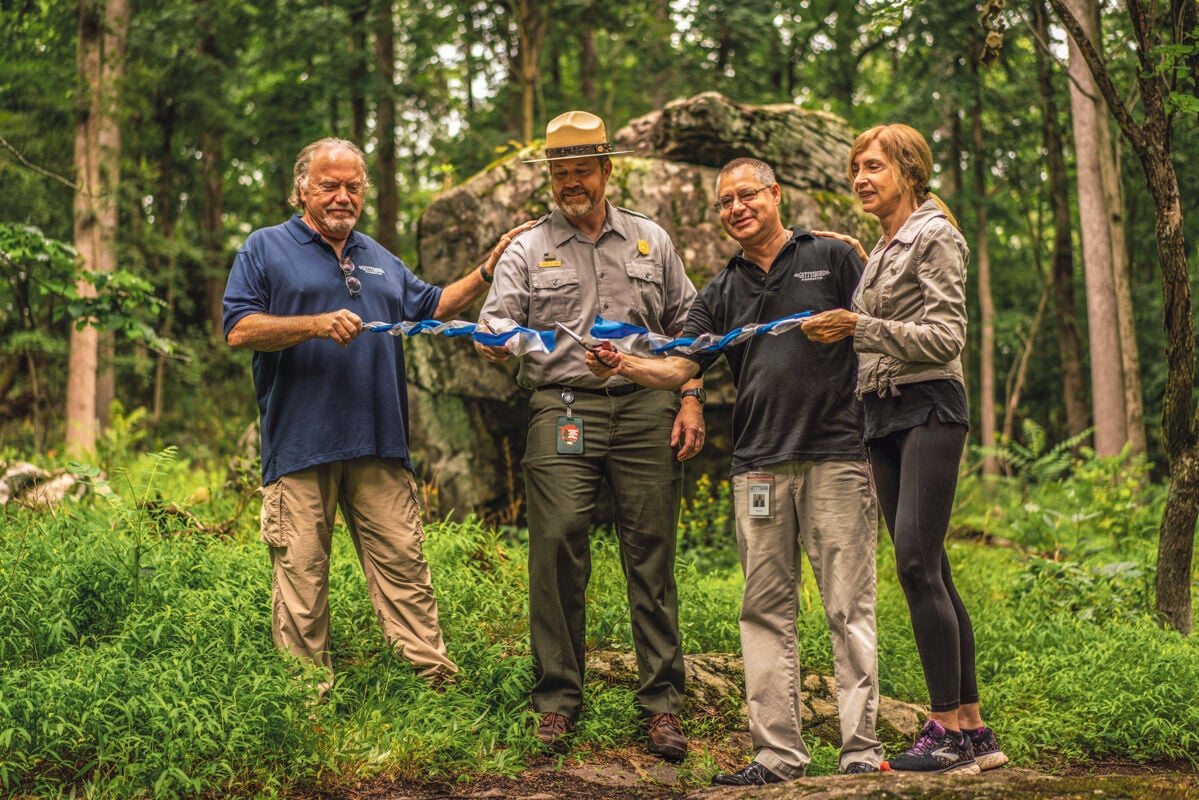 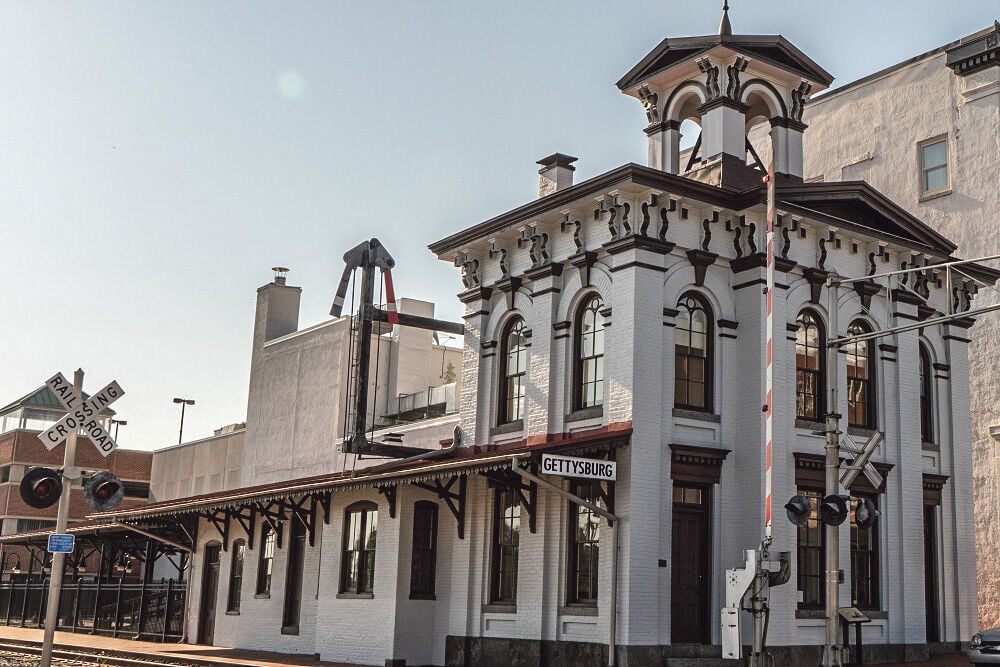 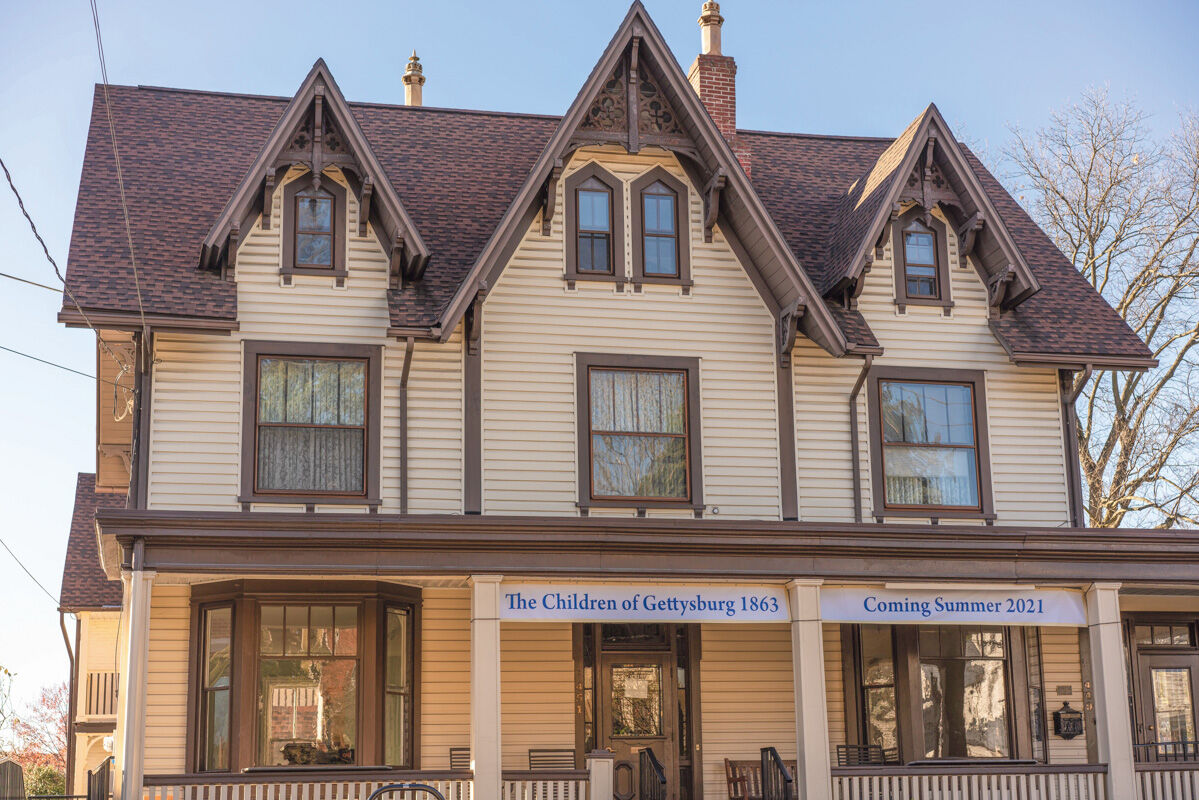 In April 2021, the Board of Directors of the Gettysburg Foundation appointed Wayne E. Motts as the Foundation’s new president and CEO to lead operations of the national preservation and education organization.

The Gettysburg Foundation is the non-profit partner of the National Park Service at Gettysburg. It owns and operates the LEED Gold-certified Gettysburg National Military Park Museum & Visitor Center in partnership with Gettysburg National Military Park and Eisenhower National Historic Site. The Foundation has a robust preservation and educational mission that includes land and artifact preservation, educational events, and programs. It also owns and operates the George Spangler Farm & Field Hospital, the Children of Gettysburg 1863, and the Gettysburg Lincoln Railroad Station™.

Motts previously served as CEO of The National Civil War Museum located in Harrisburg, Pa., successfully leading the institution for nine years. Prior to that, Motts served as Executive Director of the Adams County Historical Society in Gettysburg, and was named its Director Emeritus in 2019.

“I am honored to be president and CEO of the Gettysburg Foundation,” said Motts. “I look forward to continuing work with the Foundation’s board, staff, volunteers, and key partners, especially Gettysburg National Military Park and the Eisenhower National Historic Site, while advancing the Foundation’s mission. As a small boy dreaming of one day living and working in Gettysburg, my life now comes full circle with this wonderful opportunity.”

A long-time resident of Adams County, Pa., Motts has been a Licensed Battlefield Guide at Gettysburg National Military Park for 33 years and now holds the title of Guide Emeritus.

“We are proud to have Wayne lead our operations into the future,” said Barbara Finfrock, co-chair of the Foundation’s Board of Directors. “Wayne has been a champion of Gettysburg for many years, and we are confident in his vast knowledge of history, leadership experience, and talents as our new president and CEO.”

Motts received his Bachelor of Arts with a Major in Military History from The Ohio State University and holds a Master of Arts in American History from Shippensburg University of Pennsylvania. He is an accomplished author, publishing books and articles about the Civil War including, Trust in God and Fear Nothing: General Lewis A. Armistead, and Pickett’s Charge at Gettysburg: A Guide to the Most Famous Attack in American History, which he co-authored.

An expert in the field, Motts has appeared on numerous television documentaries and videos produced by the History Channel, American Heroes Channel, TNT Network, and A&E Channel.

Motts has a passion for walking the battlefield and connecting visitors and friends to its history. He considers it his life-long calling to interpret this battlefield and the greater story of the American Civil War. Motts is pleased to again be involved in the Gettysburg community and work with organizations here, and to engage new groups across the country to inspire the public about learning our nation’s history.

We are thrilled to welcome Wayne to our team, especially during this critical time as we emerge from the pandemic’s impact,” said Craig Bashein, co-chair of the Foundation’s Board of Directors. “His enthusiasm and passion for sharing the importance of the Battle of Gettysburg in the greater contexts of the American Civil War and our country’s history, combined with his keen understanding of museum and non-profit operations makes him an ideal candidate to join us as our new president.”

Motts assumed responsibilities as the Foundation’s new president and CEO May 24, 2021. Since coming on board in the spring, he ‘hit the ground running’ and has been actively involved with initiatives that were ongoing prior to his arrival, as well as new initiatives supporting the Foundation’s education and preservation mission.

Motts presented “Shot and Shell: The US Regular Army Artillery During Pickett’s Charge July 3, 1863,” as part of the Gettysburg Anniversary Lecture Series that Gettysburg National Military Park and the Gettysburg Foundation offered visitors during commemoration of the 158th anniversary of the Battle of Gettysburg.

Special in-person programming and interpretive experiences were offered for visitors throughout the three-day battle anniversary July 1-3, 2021. Co-sponsored by Gettysburg National Military Park and the Gettysburg Foundation, the Gettysburg Anniversary Lecture Series evening programs were hosted in the Gettysburg National Military Park Museum & Visitor Center. Ticket holders joined Park Rangers, Licensed Battlefield Guides, and historians for presentations, offering unique perspectives on the events of 158 years ago. Those unable to attend the free, ticketed, and sold-out programs had the opportunity to view the series via livestream.

Motts’ timely arrival to the Foundation allowed him to be involved in completing rehabilitation efforts on Culp’s Hill and the ribbon cutting ceremony held early in July.

Through the Gettysburg National Military Park and Gettysburg Foundation’s partnership, and support by a generous donation from Cliff Bream and Julie St. John, the visitor experience at Culp’s Hill has been transformed and enhanced by thinning 18 acres of woodlot, additional signage, and a new trail to explore this important area of the battlefield. Donations to the Culp’s Hill endowment that will maintain this landscape in perpetuity can be made at GettysburgFoundation.org. A diorama of the Culp’s Hill area of the battlefield is currently on display for viewing in the group lobby of the Gettysburg National Military Park Museum & Visitor Center.

The next initiative slated to be completed under Motts’ leadership is the completion and grand opening of the all-new interactive adventure for young historians, the Children of Gettysburg 1863 experience, opening Sept. 4, 2021, at the former Rupp House History Center in downtown Gettysburg. Designed for children (grades K-5) and their families, Gettysburg’s most family-friendly children’s history museum and all-new interactive experience will introduce guests to the stories of Gettysburg through the words of children, teens, and young adults who lived here during and after the battle. Engaging first-hand accounts and interactive exhibits bring the stories to life with new galleries for children to explore with their family and friends. Guests will have the opportunity to enjoy special programs, events, and living history throughout the year.

Motts said, “I believe honing in on personal stories helps people in 2021 connect with those in 1863. The Children of Gettysburg 1863 experience is focused right at the heart of young people; it is based on stories of children who lived here during the battle,” Motts said.

The Gettysburg Foundation will also reopen the Gettysburg Lincoln Railroad Station™ on Carlisle Street in the spring of 2022. The station is where Lincoln arrived in Gettysburg Nov. 18, 1863, the day before delivering his Gettysburg Address at the dedication of the Gettysburg National Cemetery.

“I look forward to completing our current projects and focusing on new projects in partnership with the National Park Service,” said Motts. “One of my major goals and visions is to ensure the Foundation continues in lock-step with the park on upcoming initiatives,” Motts added.

Motts is currently on leave as a Licensed Battlefield Guide while fulfilling his role as the Gettysburg Foundation President and CEO, which he hopes will introduce more people and future generations to the importance of this historic and special place – Gettysburg.