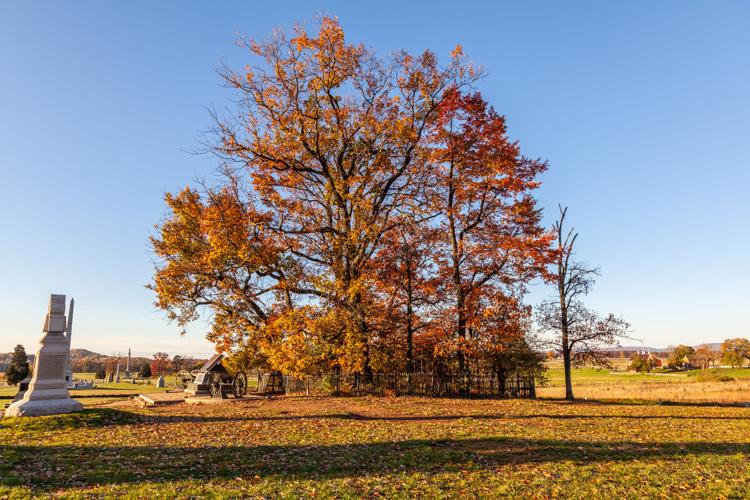 The 9th Virginia carried their M1841 rifles to the “high water mark” (seen in this clump of trees) in Pickett’s Charge at Gettysburg. 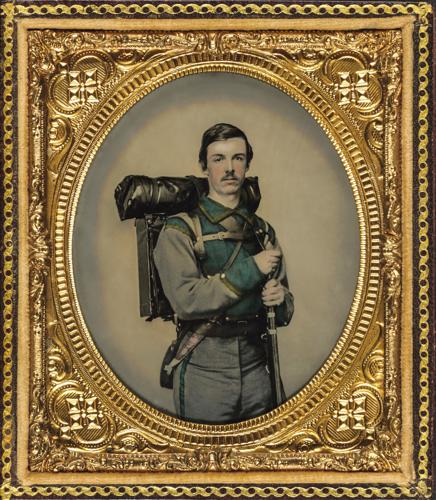 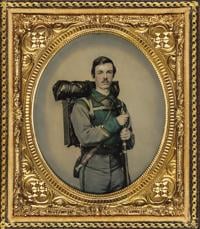 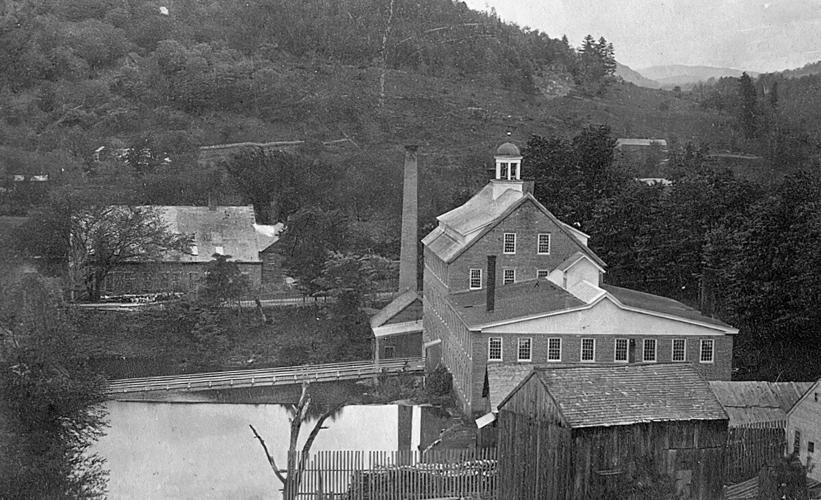 The Robbins & Lawrence Armory, a National Historic Landmark, is located in Windsor, Vt. This photo taken in 1864.

U.S. Model 1841 rifles were produced by the Harpers Ferry Armory, but also let on contact with private contractors Eli Whitney, Remington, and Robbins & Lawrence. Samuel Robbins and Richard Lawrence came to the gun trade much later than either Eli Whitney or Remington, and left much sooner. Located on the Connecticut River in an area known as “Precision Valley” for the amount and quality of the machine tools produced there, Robbins and Lawrence entered into a partnership with Nicanor Kendall building rifles at the Windsor, Vt., prison in 1844 where they employed prisoners as low cost labor.

Probably realizing the risks and limitations involved with making and storing firearms in a prison, the partners built a large brick factory in 1846. Frederick Howe was then the factory superintendent. Howe, who would later be hired away by Providence Tool, invented several new milling machines and lathes for making interchangeable gun parts by Robbins & Lawrence. Their first contract with the U.S. government was to make the U.S. M1841 rifle. The very first M1841s produced by the firm on contract were marked Robbins, Kendall & Lawrence. These have the earliest lock plate dates.

After 1847 when Nicanor Kendall left, the firm changed names and the locks were simply marked Robbins & Lawrence over US, with the date and WINDSOR behind the hammer. The barrel flat on the Robbins & Lawrence M1841 was not marked STEEL, as were all the Remington and some of the Whitneyville variants. The government M1841 contracts totaled 25,000 M1841 rifles and all were delivered by 1855. The original M1841 rifles were all (more or less) uniform in their basic configuration with a fixed rear sight, .54 caliber bore, and no provisions for any type of bayonet. However, alterations and upgrades are found in a wide variety, the number of which almost defies analysis. By the Civil War-era most M1841s had been sent to various state arsenals. There were two or three “Federal” conversions done at different arsenals or under commercial contract between 1855 and 1861 that had some degree of consistency. Large numbers were converted by the various states, or perhaps even militia units, which had the arms in their possession.

Alterations usually consisted of some provision to take a socket or sword bayonet; addition of adjustable sights; and the conversion from .54 to .58 caliber. Federal alterations began as early as 1855 when the .58 caliber “standard” was adopted. An order on July 4, 1855, directed that M1841 rifle bores were to be increased in caliber [to .58], fitted with sword bayonets, and long-range rear sights. About 1,646 “Snell” type bayonets produced at Harpers Ferry in 1855 used a rotating thumbscrew type lock requiring two small cuts on the side of the barrel to engage.

Between 1855 and 1857 Harpers Ferry produced 10,286 sword bayonets to be used with a more conventional side mounted lug, but these required that the M1841 rifle stocks be cut back slightly and a shortened upper band fitted. Later, a third type of bayonet was produced under contract that required no alteration to the rifle, only the addition of a bayonet lug that clamped in place. The presumption might be that a comparable number of rifles were altered for bayonets in the context of enlarging the caliber, but that is not the case. The numbers do not jibe.

Including the 25,296 rifles produced by the Armory at Harpers Ferry, and various other small contractors up until 1855, there were roughly one hundred thousand M1841s on hand in various state arsenals at the onset of the Civil War. Secretary of War John Floyd directed the Ordnance department to move 115,000 small arms (including 13,000 M1841 rifles) to Southern arsenals. The Federal Ordnance department issued them to Union troops early in the war, but replaced most M1841 rifles with the newer M1861 rifle-muskets as they became available. However, these rifles were still seeing action with Confederate infantry years later. In the Confederacy, all existing stockpiles of M1841 rifles as well as the Confederate copies were in use. Confederate contractors continued to produce more as the war progressed, though they numbered in the hundreds, not thousands.

Confederate infantry units issued the M1841s include the 18th Georgia; 18th and 21st Mississippi; 1st and 7th Tennessee; 4th, 6th, 9th, and 23rd Virginia; and the 3rd, 8th and 15th South Carolina. In terms of battle engagements, the 9th Virginia carried their M1841s to the “high water mark of the Confederacy” in Pickett’s Charge at Gettysburg. In the Western Theater, Confederate field inspection reports for May 1864 show that Maj. Gen. Nathan Bedford Forrest’s cavalry was armed with nearly 2,600 M1841 rifles, using them at Brice’s Crossroads and elsewhere. Some other Confederate cavalry regiments issued these rifles included: the 18th and 19th Mississippi; 8th, 11th, and 23rd Texas; and the 12th and 14th Virginia.

In addition to the M1841 rifle, Robbins & Lawrence also produced P53 Enfield long rifles (type II) for the British during the Crimean War. According to Tim Prince, “…in February 1855, the English Board of Ordnance contracted with the New York based firm of Fox, Henderson & Company to supply some twenty-five thousand Pattern 1853 Enfield Rifle Muskets. Fox, Henderson & Co. subsequently contracted with Robbins & Lawrence to produce the firearms. Assuming that the order for 25,000 guns was only the beginning of what would be additional large orders for the British military due to the Crimean conflict, Robbins & Lawrence invested substantial amounts of money expanding their production facilities in Windsor, Vt., and built a second factory in Hartford, Conn. They also invested heavily in new machinery and an expanded workforce. All this was done with borrowed money, much of it from Fox, Henderson & Co., as well as other creditors.” When the deliveries were late, the British canceled the contact. The rapid expansion largely based on credit soon led to the financial ruin of the company.

Publisher Note: Model and Pattern are commonly shortened to M and P in front of the model or pattern year.

Craig L. Barry was born in Charlottesville, Va. He holds his BA and Masters degrees from UNC (Charlotte). Craig served The Watchdog Civil War Quarterly as Associate Editor and Editor from 2003–2017. The Watchdog published books and columns on 19th-century material and donated all funds from publications to battlefield preservation. He is the author of several books including The Civil War Musket: A Handbook for Historical Accuracy (2006, 2011), The Unfinished Fight: Essays on Confederate Material Culture Vol. I and II (2012, 2013). He has also published four books in the Suppliers to the Confederacy series on English Arms & Accoutrements, Quartermaster stores and other European imports.