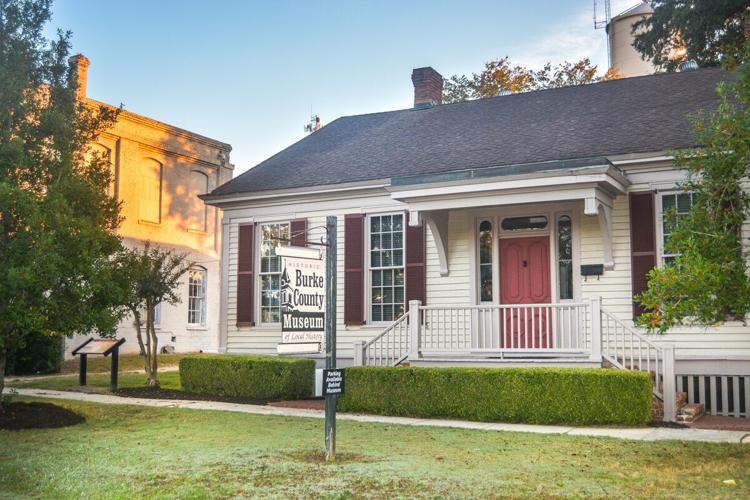 The marker in Waynesboro is located at the J. D. Roberts House, a witness to the 1864 fighting. 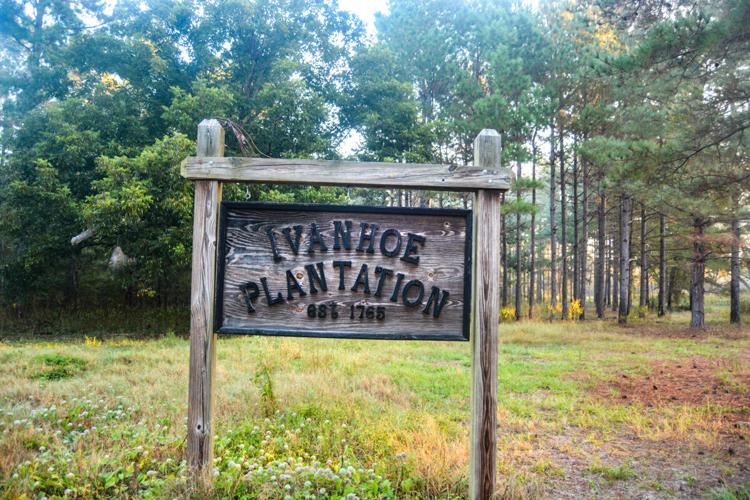 Ivanhoe Plantation was established in 1765 and it still owned by descendants of the original owner. 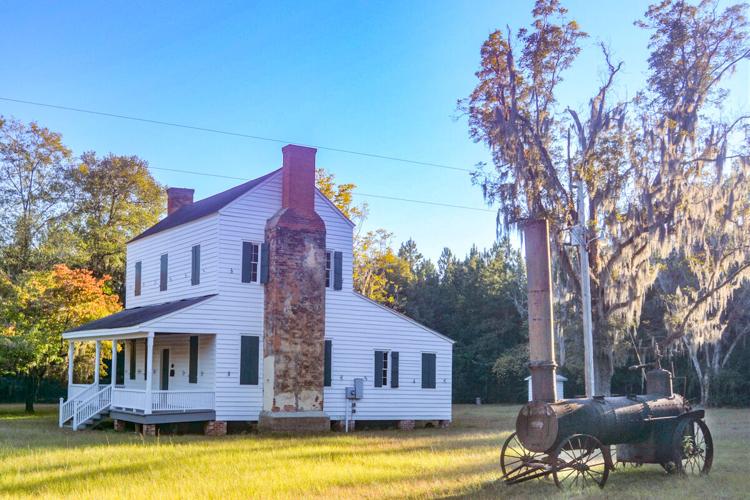 The XIV Corps passed through Jacksonborough, now a ghost town, on Dec. 5. There was no action here, but the GCWHT marker quotes a Federal officer’s assessment of cavalry commander Judson Kilpatrick: “the most vain, conceited, egotistical little popinjay I ever saw.” 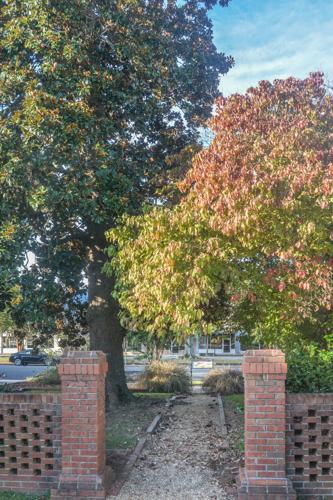 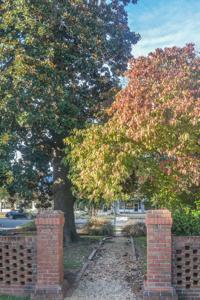 The GCWHT marker is set in a pleasant garden in downtown Louisville. 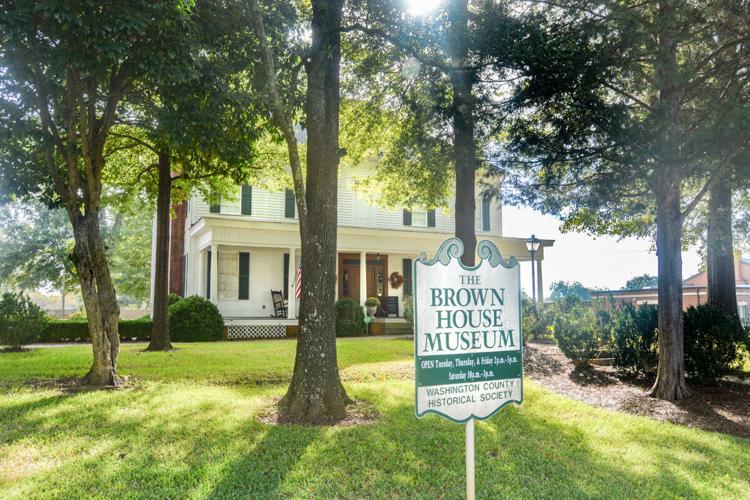 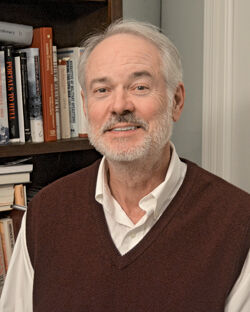 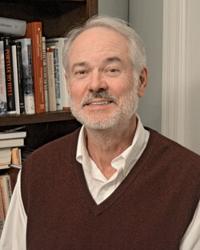 “If they are not punished in this world, God will surely punish them in the world to come.” – Catharine Rowland, Ivanhoe Plantation

On November 24, 1864, the men of Sherman’s Left Wing pulled out of Milledgeville, Georgia’s capital, to continue their campaign to Savannah. They left behind piles of litter from the ransacked state library and took with them fond memories of a mock-session in the Capitol at which they repealed the state’s Ordinance of Secession. In this column we will continue to accompany Maj. Gen. Henry Slocum’s Army of Georgia toward the coast, following the string of markers installed by Georgia Civil War Heritage Trails (GCWHT).

From Milledgeville, the XIV and XX Corps marched on parallel routes to the southeast and converged in the town of Sandersville on Saturday, November 26. The Federals met token resistance from Maj. Gen. Joseph Wheeler’s troops, who fired briefly from the protection of the county courthouse before retreating. On November 27 Sherman ordered the burning of the building “in retribution for its use by…Confederate cavalry the previous day,” according to the GCWHT marker. The county records, however, were saved. The marker reveals that the county ordinary (probate judge in modern parlance) had removed important records from the courthouse and concealed them in his home.

The marker also quotes from the diary of a Union officer that “the boys were allowed to do as they pleased” and that “the town… was our plunder.” Quotes from three local diarists provide detail: Mr. Avery saw his piano broken into fragments; Miss Mitchell’s home was stripped of food, china, silverware, and tablecloths; Mrs. Jones was left without a “dust of flour or a pound of meat.”

Sherman spent Saturday night at Woodlawn Terrace, the home of William Brown and his family. He supped with Mrs. Brown and her four children. Mr. Brown missed supper. He was in Savannah, where he worked at the salt works. His encounter with the Federals came later; he was taken prisoner when the Federals reached the coast.

Immediately to the south of Sandersville is Tennille. The Federals burned the depot and four cotton warehouses, then wrecked the railroad between Tennille and Davisborough, 15 miles to the east. The routes of Sherman’s two wings nearly converged at this point. Sherman left the Left Wing to continue his journey with Maj. Gen. Oliver O. Howard’s Right Wing.

Before reaching Louisville,* 12 miles or so past Davisborough, the Federals had a river to cross, the Ogeechee. On the modern road, several bridges and a long causeway cross the river, tributary creeks, low-lying fields, and a wide swamp before entering Louisville from the west. A motorist barely notices the terrain, but crossing with an army in 1864 required considerable effort. The marker at this location tells how the Left Wing managed the crossing at three different points to ease congestion and reduce the hazard an army faces when crossing a large stream.

The Confederates had burned all eight bridges over the Ogeechee and its tributaries in the vicinity. The Federals’ task was to get across with 28,000 men, plus horses, mules, wagons, and tons of beef on the hoof. Starting on the afternoon of November 28, the men of an Indiana regiment began work on a pontoon bridge and started laying a corduroy road across the swamp.

That night the troops began to move. By the end of Nov. 29, two divisions were over the river on the road and pontoon bridge laid by the Indianians. Two other divisions crossed at Fenn’s Bridge, several miles upstream from Louisville two days earlier, on a bridge left intact by the Confederates. On the 30th the remaining two divisions crossed at Bartow, 2 ½ miles downstream.

Not all the soldiers waited for the pontoons. Some improvised crossings on their own and got into Louisville ahead of the main body. A Union private named William Johnson described the town and what happened to it after he and other enterprising bluecoats arrived. The community of about 1,000 inhabitants had “a number of stores of different kinds, all fairly stocked with goods.” While the pontoniers were at work, Johnson wrote, there was “ample time to go through the town.” They made good use of this time and “everything was appropriated that could be used, and many things that could not be used.” He added that “by some unaccountable means, late in the afternoon, the town caught fire.”

At this point in the march, cavalry under Brig. Gen. Judson Kilpatrick moved toward Augusta to lure Confederates away from the main force heading for the coast. The ruse succeeded. Confederate cavalry commanded by Maj. Gen. Joseph Wheeler moved to intercept Kilpatrick. In the last days of November and the first days of December, Wheeler and Kilpatrick clashed in several small engagements in and around Waynesboro.

At Ivanhoe Plantation, just northwest of the town, Kilpatrick’s men engaged in some looting and wanton destruction, described on the marker at this location. They broke into the plantation’s store room and “stole everything,” according to family member Catharine Rowland. Then they “poured the syrup all over the floor & sprinkled flour & sugar all over the yard.” Worse, according to Catharine, they “killed up the turkeys & chickens...by throwing the cut glass tumblers & china at them & cutting off their heads.”

Gen. Kilpatrick even “asked” for some of the family silver. Catharine wrote that “when the general condescends to anything of the kind you cannot expect anything more from the men.”

The GCWHT marker in Waynesboro describes the Nov. 27 fighting there when Wheeler’s force pushed Federal cavalry through town toward the south. Some railroad equipment was burned but damage that day was minimal. A stronger force of Federal cavalry, accompanied by an infantry division, returned and on Dec. 4 drove Wheeler from Waynesboro and “pursued to Brier Creek, destroying the railroad and wagon bridges. Thereafter the combined Federal cavalry and infantry force marched southeast toward Jacksonborough. Only then were Confederate authorities convinced that Sherman’s objective was Savannah.”

The army continued its march. On Dec. 8 the XIV Corps came to Ebenezer Creek, a rain-swollen tributary of the Savannah River. Moving with the corps were hundreds of escaped slaves. On December 9 the corps crossed the creek on a pontoon bridge as the refugees were held back, as ordered by the corps’ commander, Maj. Gen. Jefferson C. Davis. After the soldiers crossed, the bridge was cut loose from the north bank and pulled across, stranding the refugees. As Confederate cavalry approached, many of the unfortunates tried to cross the stream. Some reached the other side. Some drowned. Some were killed by the cavalry. Some were captured and returned to bondage. How many? No one knows.

A sergeant in a Minnesota regiment wrote that the “barbarous act has created a deep feeling against [Gen. Davis] in this division.” Some soldiers mentioned the incident in letters home. One wrote to his congressman and another protested to the Senate Military Committee. The incident made the news in Northern papers. After Savannah was taken, Secretary of War Edwin Stanton went personally to investigate. Davis told Stanton that removing the bridge was a military necessity. Sherman backed Davis and “the matter was quietly dropped.”

Having crossed this last obstacle before Savannah, and having rid itself of much of the human impedimenta, the XIV Corps moved on. The two corps of the Left Wing and the two of the Right Wing approached Savannah, held by a Confederate force of about 9,000 under Maj. Gen. William J. Hardee.

Seeing the Confederate works protecting the city, Sherman “determined that a siege of Savannah was inevitable,” according to the marker in Pooler. “Savannah was completely invested by December 12, 1864.” On the 13th the Federals took Fort McAllister, at the mouth of the Ogeechee River, and established communication with the navy. However, there was no siege and no assault. While Sherman settled in for the siege, Hardee’s men and numerous laborers were constructing a pontoon bridge across the mile-wide Savannah River.

According to Burke Davis, in Sherman’s March, “The task of bridging the great river was begun by thousands of laborers, slaves, Federal prisoners, Confederate troops and a few civilians.”  On the night of December 20 the Confederates crossed the rickety bridge while artillery fired from the Confederate works so that the Yankees “could not sleep, build fires or launch an attack.”

By daybreak on Dec. 21 the Confederates were all in South Carolina. Savannah was Sherman’s. A wide swath of Georgia had felt the impact of a huge Federal army. South Carolina would be next as Sherman’s march continued.

*Don’t forget to pronounce the S in Louisville. We are in Georgia, not Kentucky.

Gould Hagler is a retired lobbyist living in Dunwoody, Ga. He is a past president of the Atlanta Civil War Round Table and the author of Georgia’s Confederate Monuments: In Honor of a Fallen Nation, published by Mercer University Press in 2014. Hagler speaks frequently on this topic and others related to different aspects of the Civil War and has been a regular contributor to Civil War News since 2016. His email is gould.hagler@gmail.com.